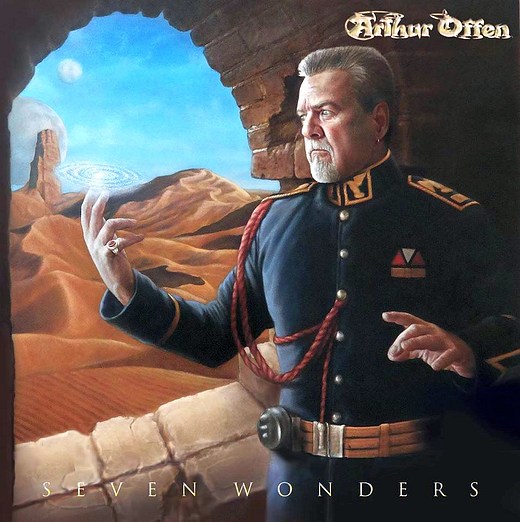 “Seven Wonders” is the new solo album by ARTHUR OFFEN, founder member of terrific outfit Air Race which delivered a wonderful slice of AOR in the first half of the ’80s. Since then Offen continued creating music like his project Flag with a trio of magnificent records, and working with other artists.
Now 2016 and after all these years, “Seven Wonders” is the first Arthur Offen record sporting his name on the cover.

Mainly with a keyboard / piano player formation, Offen learned to play virtually all instruments but he’s helped on “Seven Wonders” by excellent musicians such as guitarist Rick Hinkle, bandmate in Air Raid and a delight to listen to again delivering a solid array of riffs and solos.
Additionally there’s sound engineer Tom Waltz who did the same job on that Air Race album (alongside Eddie Kramer producing) and in many ways brings back the magic of those years and a pristine, clear sound.
Musically, “Seven Wonders” has much more progressive elements, but yes, absolutely melodic.

Operer ‘Into The Great Beyond’ gives you an idea of the material to enjoy in the music to come; a sweet mandolin intro soon fused with a pompy cathedral-like keyboard and driving guitar riff. Offen’s vocals are intact, inspired by major prog rock names.
Then ‘Temple Giants’ is darker and heavier with a strong rhythm section, followed by ‘The High Road’ pretty much in the early Eighties Kansas sound with a stripped-down orchestral background.

‘T’was Meant To Be’ is perhaps the track more ‘Air Raid’ sounding on the album, with joyful uptempo verses, parping keyboards and an overall Pomp AOR approach with some Giuffria’s Angel on it.
The next couple are lyrically based on the King Arthur story, and while I expected a more prog set of arrangements ‘Wearing That Crown’ rocks driven by a sharp guitar riff and a huge bass line. ‘Grail Cycle’ is where Offen feel free to explore progressive territories, but mostly in an uptempo / melodic path bringing to mind Kerry Livgren solo work.

Title track ‘Seven Wonders’ close the record with more uptempo pomp based on synths in a mix that sounds like a crossroad between Air Race, Asia, GTR and Emerson, Lake & Powell (the Eighties incarnation featuring Cozy Powell on drums). 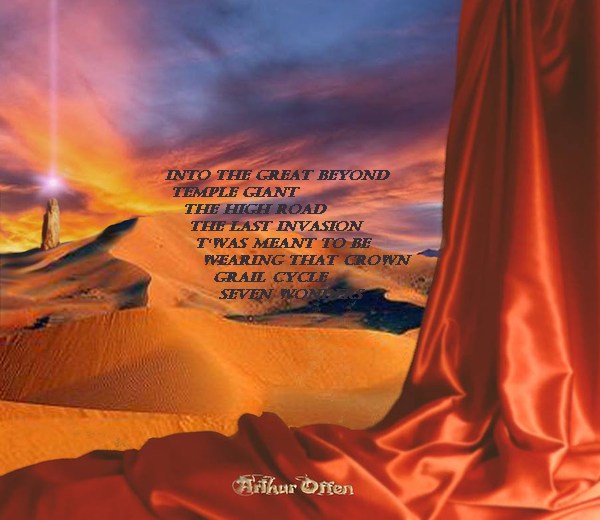 It’s a real pleasure listen to new Arthur Offen music again. I guess many of you never heard Air Raid of Flag but “Seven Wonders” brings back many of these band’s sound to the fore, that’s being a blend of Pomp / melodic Prog with a fresh spin.
Fans of Kansas, Asia, Giuffria’s Angel, Jefferson Airplane, even Queen at places and all the influences mentioned above will enjoy this record from start to finish, a really well produced piece of work with a crystal clear sound.
Heartily Recommended