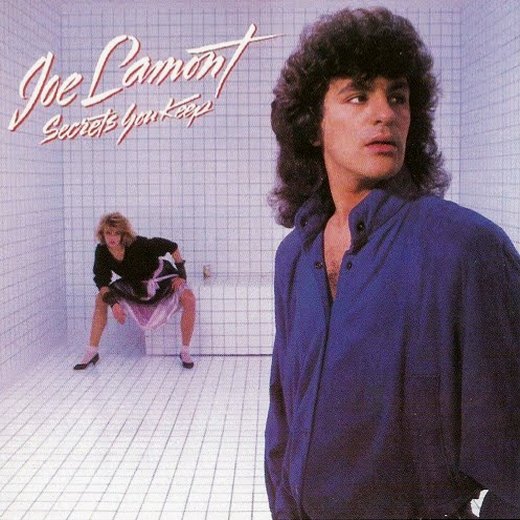 A pure ’80s AOR piece, JOE LAMONT‘s “Secrets You Keep” has been screaming for a proper remastering for years. Not only this YesterRock remastered reissue is the first official release of the album on CD, but also sounds fabulous.

During the late Seventies / early Eighties, Joe, with his real name Joe Lamente was part of quite influential bands such as Steeplechase and pompsters Shelter (USA).
Also an accomplished songwriter for others, after Shelter, Joe was signed by CBS for as solo artist, and recommended the name change for the more commercial ‘Joe Lamont’.
His debut “Secrets You Keep” was released in 1985 on the CBS-affiliated Private I label.

What’s so special about this AOR gem, is not only the quality of the songs on offer, but also the list of musicians. The who who’s from the LA Session scene were recruited for the recording, including the great Dann Huff on all guitars, Vinnie Colaiuta, Alan Pasqua, Paulinho da Costa, etc.

All tracks ooze that magical, unrepeatable ’80s sound & style, like terrific opener / title track ‘Secrets You Keep’, the rather smooth ‘Total Breakdown and ‘No Explanation’, the uber melodic ‘One Rumor Too Many’, the album’s closing track ‘Enemy Lines’, or the power ballad ‘Victims of Love’ which become a hit in Asia.

There were several unofficial / bootlegs of “Secrets You Keep”, all transferred from vinyl with questionable quality. Finally, this YesterRock remastered reissue is the real deal.
AOR lovers, grab the chance to add this hard to find album to your collection, you won’t regret it.
This album was requested in one comment, place yours!