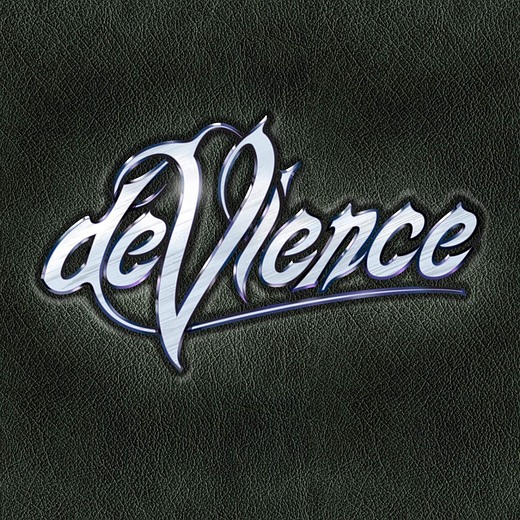 Tomorrow marks the day of the debut on CD by British melodic hard rockers DeVIENCE, with their self-titled sure to make waves among fans of the genre.
If you’ve been writing reviews for a while every now and then you stumble across a debut album that slips into your record collection and stays there for years, and the self-titled debut effort from London based band deVience is one of those.
The album has tons of swagger, attitude, edge, melody and more importantly, it has cross genre appeal – impressive for a band that was only formed in two years ago.

There are a number of influences that come to mind throughout the album. Overall there is a modern feel akin Vega that mixes in a late ‘80s sound, vocalist Gio Spano reminds me of Myles Kennedy at times and there are some Slash like moments on guitar – but there’s much more going on here.
The short intro ‘Ignition’ indeed spark the flame for the beast ‘Go Hard Or Go Home’, a sleazy hard rocker showing how the Sunset Strip scene should sound in 2016.
We have some hint of Extreme on the catchy ‘Take Me Down (La La Land)’, while the first Ugly Kid Joe comes to mind on ‘Move’.

‘Indifferent’ is a slow tune in the Slash solo albums, then deVience got the knack of making anything sound like the dirtiest, most hedonistic and, well deviant night out you can imagine: ‘New Blood’ is a swaggering bluesy thing, with a huge groove and guitar work that captures the mood perfectly.
Largely the band are happier being the soundtrack to your – and probably their own – nights out, and ‘Sweaty’ and the downright filthy ‘Lady’ make up for what they lack in subtlety by being downright good fun – which to be fair is largely true of the whole record.
There’s a track here called ‘Living The Dream’ with a bit of Lynch Mob feel and here the band drop any pretence and make it clear. This is them, this is the only record they wanted to make, hell, it’s the only record they could have made, and they’ve done it very well.

Holy cow, these guys in deVience are very young but they bring back the late ’80s hard rock to 2016 like few of the bands from that era actually can these days.
The debut record from deVience is ample proof that classic hard rock isn’t dead and isn’t going anywhere anytime soon despite what the supposed cool record label executives and modern radio programmers think.
A kick ass debut, one of the best of the year, and album with a future cult classic smell all over it.
HIGHLY RECOMMENDED