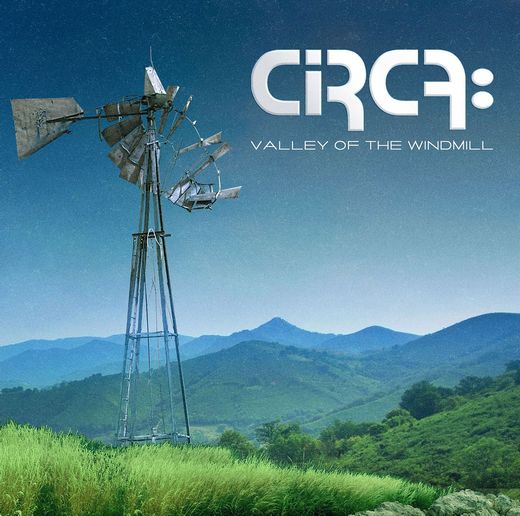 Longtime favorites of this blog, melodic prog rockers CIRCA have signed a deal with Frontiers Music for the release of their new opus “Valley Of The Windmill“, in stores since tomorrow July 8th.
Founded in 2007 by veteran – and uber talented – musicians Tony Kaye (original YES keyboard player) and Billy Sherwood (who took Chris Squire’s place in YES after his untimely passing in 2015 and who also previously served time in the progressive rock legends), CIRCA also features experienced Ricky Tierney on bass and Scott Connor on drums.

If you are new to CIRCA, their music is melodic progressive rock in the classic tradition, leaning toward a more synthesizer forward sound. Additionally, the Circa sound moves towards the more lighter, gentler, side of prog.
In short, Prog suitable for all audiences.
The album is 52 minutes long and contains four long tracks (though divided in parts). I’m always a bit apprehensive when it comes to long tracks as some bands try to look ‘proggy’ by making long compositions instead of ‘song format’ tracks, less filled up with meaningless passages purely to lubricate things together.
With this album this is absolutely not the case! There are no boring moments in the tracks, everything is done well considered and fused.

First track ‘Silent Resolve’ starts very ethereal before appears a classy Hammond B3 organ solo, and not much later the complete band sets in. The song carries a positive and catchy vibe most of the time. The bass is very present at moments, which I quite like. After five minutes I hear a Yes influenced moment.
Several musical passages and choruses that were present in the first part of the song come back from time to time, making this fifteen minute composition a truly enjoyable prog rock song.

‘Empire Over’ starts with an ’80s sound thanks to the drums and keyboards / synths. This track sounds gloomy compared to the previous one, but carries a lot of energy thanks to the vigorous rhythm section and its almost poppy melody. Great tune very, very ’80s.
Title track ‘Valley Of The Windmill’ is another favorite, with a strong Marillion influence, smooth vocals by Sherwood and a nice rhythm.

‘Our Place Under The Sun’ is with almost twenty minutes the longest track on the album, but in three parts which makes it like 3 songs in 1. There’s a lot happening already in the first part, and you can say that there are some Yes influenced moments here and there, but not too obvious.
Around six minutes the song gets more calm and retained but later gets an unexpected and surprising turn.

CIRCA is band that truly deserves more recognition, and “Valley Of The Windmill” is a clear proof of its talent.
It’s proggy, but highly melodic and accessible. It’s elaborated (and finely produced) but easy to ears. In fact, it’s much better the last YES and Marillion works have to offer.
The album features several past and present YES members, including the last ever recorded performance from Chris Squire (RIP), as well as Steve Morse, Jordan Rudess, Alan Parsons, Steve Hackett and more.
Oh yeah, this is good, very good music.

01. Silent Resolve
Step I
Step II
02. Empire Over
03. Valley Of The Windmill
04. Our Place Under The Sun
Move I
Move II
Move III