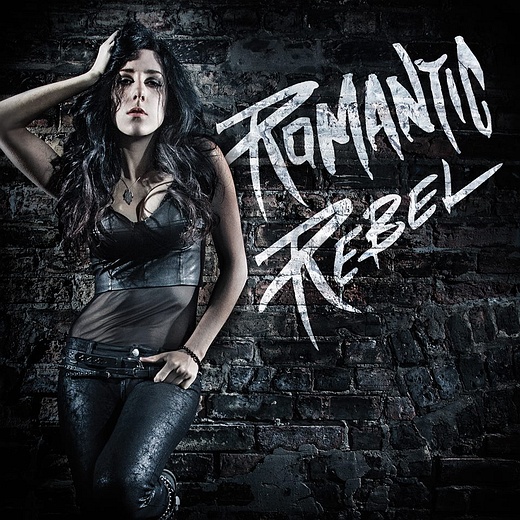 Created only a few years ago by siblings KT Paige (vocals) and Alex Vincent (guitar), ROMANTIC REBEL has been tearing up the Chicago area with their brand of classic hard rock with a modern sound. Their self titled debut “Romantic Rebel” appeared some time ago, now 2016 finally released in Europe with Ms. Paige gracing the cover.

Sometimes it is interesting to think about where talented musicians may rise from next into rock stardom. A good example of such is the young aspiring brother & sister combination of vocalist KT Paige and guitarist Alex Vincent.
With dreams of rock ‘n roll, the two made the vision a reality in 2012 quickly recruiting Danny D (bass) and Marcus Lee (drums) to form what is now known as Romantic Rebel. The 4-piece band based out of the windy city of Chicago, IL whose name is lent from an H&M clothing store shirt, delivers a brand of female fronted high-energy hard rock that is sure to take the scene by storm.
Immediately signing a deal with Pavement Records, the label immediately caught onto the band’s self-motivated hard work building up a fan base through passionate live performances.

The record features production by renowned producer Ulrich Wild in Los Angeles, CA who gave the band a punchy, raw, and heavy sound which comes down on every listener like a ton of bricks.
The debut consists of eleven thoroughly strong compositions led off by the track “Alive“ which features excellent guitar-harmonies by Alex Vincent. The adrenaline-pumping harder rocker “Lie” has an anthem quality and also includes a guest appearance of Brendon Small, creator of Metalocalypse.

Keeping the album fresh with balanced cutting-edge tunes are songs such as “Bad For Me“ and “Blind“ with huge enchanting choruses. This wave of relentless guitar driven rock link together like a chain of pearls before the ear-opening strong ballad “Sorry” with its melancholic vibe and tingling chorus. Interestingly enough, the track was initially planned to be an instrumental but thanks to the band’s ingenuity and production of Ulrich Wild, it could be one of the best tracks on the album.
As the album plays out it is important not to overshadow the tight guitar work of Alex Vincent who pulls a fresh guitar solo out of his pocket for each and every song. This is exemplified thoroughly through the entire record including finger tapper “Madness”. 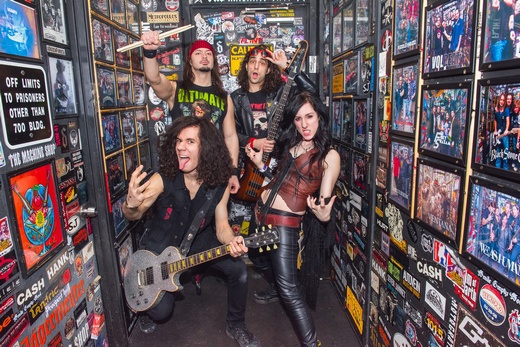 In summary, Romantic Rebel created a hybrid monster of modern and classic elements that will appeal young and older listeners.
KT Paige possesses a rawness and assured vocal delivery similar to that of rock elites such as Lzzy Hale of Halestorm but in the way she does the verses you know this girl grew up listening to classic metal / hard rock, think Doro Pesch or Lee Aaron.
From the undercurrent of melody to the vocal harmony to Vincent’s stinging leads (and there’s lots of them), Romantic Rebel get what’s best in the both worlds; modern & classic, and that’s a good thing.
Hopefully the band will be noticed all over Europe (and beyond) as they deserve it with this really strong debut album.