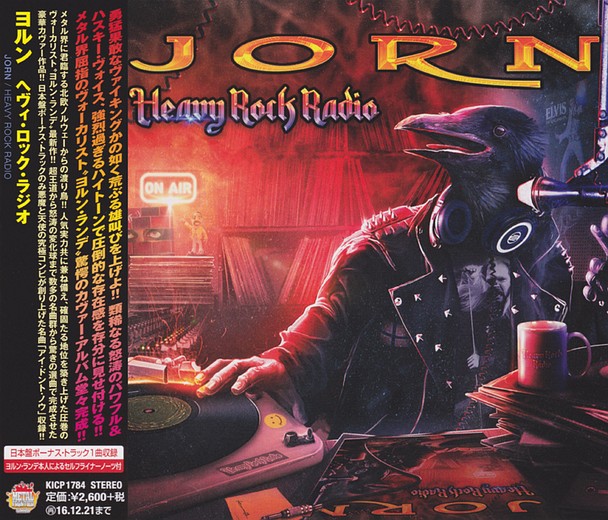 JORN Lande is undeniably one of the best vocalists in hard rock and heavy metal. Jorn could probably sing the headlines off the newspaper and it would sound powerful and heavy, still it would not be surprising to find some skeptics out there wondering if Lande really needs to do an album of covers, ’80s songs.
Fair question: No he doesn’t. But one listen to “Heavy Rock Radio” and you will be pleased that he did.

Jorn (the man and the band) did not play it safe with the choices on Heavy Rock Radio. Sure he tunes up dynamic performances of somewhat obvious songs like Dio’s “Rainbow in the Dark”, Deep Purple’s “Stormbringer”, Black Sabbath’s “Die Young”, and Iron Maiden’s “The Final Frontier”, but he also takes aim at several classic rock tunes from band’s like Queen, Journey, the Eagles, and Foreigner, as well as more intriguing choices like Paul Stanley’s “Live To Win” and John Farnham’s “You’re the Voice”.
Yet even those are not the biggest surprises…

The album opens up with a cover of ABBA member ’80s one-hit wonder Frida’s “I Know There’s Something Going On”. Just listening to the song reminds me of how I used to play pop songs over and over in my head as a teenager, but I would rock them up with heavy guitars and thunderous rhythms. That is exactly what Lande has done here, turning this quirky pop track into a muscular rocker.
Next he gives the heavy treatment to Kate Bush’s brooding “Running Up That Hill”, building it up with thick winding riffs and a wall of heavy keyboards from Alessandro Del Vecchio (Hardline, Voodoo Circle, Ted Poley). The overall effect is to make the song less somber and more of a gut-punch.

Foreigner’s “Rev on the Red Line” remains true to the original, and it’s hard to challenge Lou Gramm vocally, but Jorn does the song justice, punching it up a bit, and bringing back fond memories in the process. Conversely, it is difficult to take on an iconic classic like Journey’s “Don’t Stop Believing” without putting yourself in the cross hairs, but his gruff vocal delivery gives the song an edgier and moodier vibe. Francesco Jovino’s (Primal Fear, U.D.O.) powerful drumming adds some heft as well.
Jorn absolutely bullies John Farnham’s “You’re the Voice” into a 90 lb. weakling, giving it an epic feel and making the song more impactful by far than the original. Likewise, his dominating voice reinforces the positive message of perseverance of Paul Stanley’s “Live to Win”. 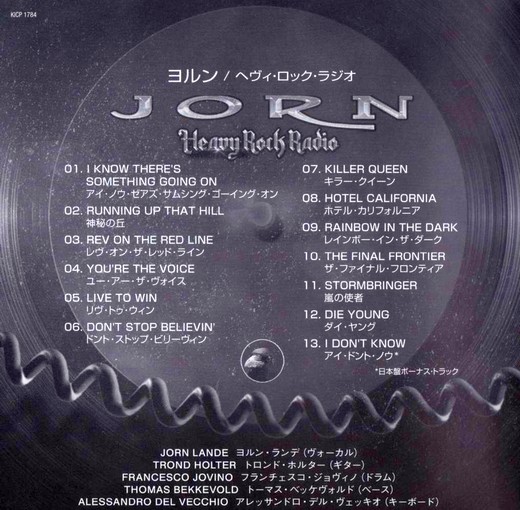 Perhaps my first moment of doubt comes with Jorn’s cover of Queen’s “Killer Queen”. Musically the track is a triumph, but how does one attempt to equal or best the mighty Freddie Mercury? It cannot be done, but Jorn does not attempt to, he simply Jorn-ize’s it, being dutiful to the original while being creative with his delivery.

One of the tracks that held the most intrigue is Jorn’s take on The Eagles’ “Hotel California”, which is another iconic piece of rock history, and after a truly faithful intro, a wall of beefy riffs turn the song into a monster. While guitarist Trond Holter does a fantastic job throughout the record, this is probably his masterpiece moment. The fills and nuances are so melodic and tasteful, they add incredible depth.

The back end of the record is weighted with the aforementioned tracks one expects from Jorn, starting with a faithful and beastly rendition of Dio’s “Rainbow in the Dark”.
While his choice to cover Iron Maiden is not surprising his pick of tracks, “The Final Frontier”, is interesting. Jorn does a brilliant job here, as one might expect, as he does with the album closers; Deep Purple’s “Stormbringer” and a monolithic performance of Black Sabbath’s “Die Young”. 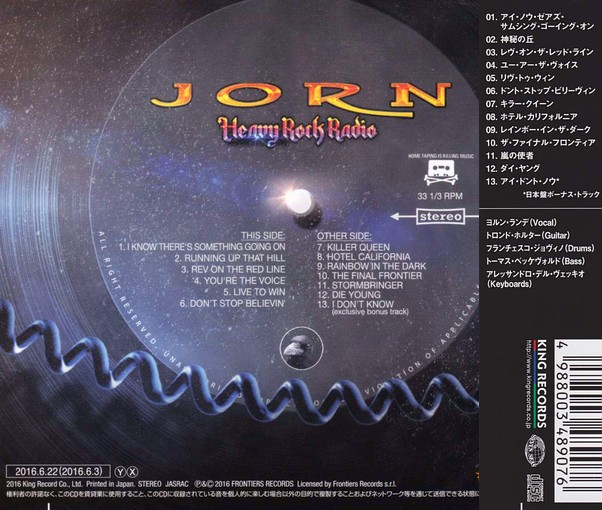 It’s difficult to ever imagine Jorn doing an album of covers that were not done with notable care and ample power, and this record proves that out. “Heavy Rock Radio” is a perfect gauge for those who have yet to discover Jorn’s massive talent, for here he display’s his vocal prowess across a dozen of music’s most recognizable songs.
Jorn had a list of nearly 50 songs chosen for this record, so here’s to hoping volumes 2-4 are in the offing.
“Heavy Rock Radio” may not fully soothe fans chomping at the bit for new Jorn material (It’s coming next year), but for the rest of us it is an absolute slab of raucous and melodic ear candy!
Terrific.