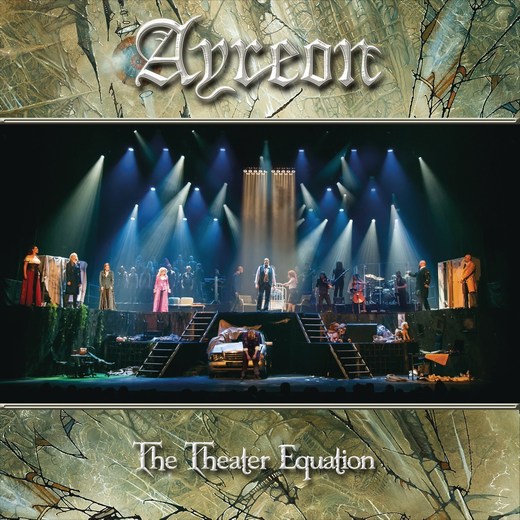 At the end of past year over the course of four sold-out shows, AYREON’s legendary progressive rock concept album ‘The Human Equation’ was brought to life as a full-blown musical production at the Nieuwe Luxor Theater in Rotterdam. This limited run of performances was witnessed by die-hard fans from across the world, but now Arjen Lucassen’s story can be witnessed by all, as a recording of the final night of those special evenings is being released as “The Theater Equation” on CD+DVD & Blu-ray package on the 17 June, 2016.

Out of all the Ayreon albums, ‘The Human Equation’ is the only album not developed with bombastic / grandiose productin as most Arjen Lucassen albums, albeit the most emotional of them.
With its evolution into “The Theater Equation”, even that is overcome. Most of it is the same as the original, except for Devin Townsend, Mikael Akerfeldt and Arjen Anthony Lucassen, who are replaced by Mike Mills, Anneke Van Giersbergen and Jermain ‘Wudstik’ Van Der Bogt, respectively.
These may not be considered direct replacements as all three of them have different vocal ranges and singing styles than the original cast, but it is one of the important factors that sets “The Theater Equation” apart from ‘The Human Equation’.
Joost van den Broek (also Star One, After Forever) is the director of the play and puts together a fantastic band to play the music on stage with long-time Ayreon drummer Ed Warby, Johan Van Stratum of Stream Of Passion on bass, and also the Epic Rock Choir.

At first glance, one assumes that The Theater Equation” is better enjoyed watching the video disc. But not. Unlike other live DVD or Blu-ray, this does not focus on various fantastic camera angles. Rather, it’s a shooting of a play and it’s done as if you’re sitting in the theater.
So, it’s a more engaging experience listening the CD’s, because you can imagine and picture in your mind what’s happening, carried away by the music. And musically, there’s a lot sublime moments here.

You realize how grand the play must have been, and the 2 years that were spent only so that this two-hour play could be performed on a stage were worth it and the hard-work reflects in this recording.
The chemistry between the vocalists and musicians is commendable –it’s almost like it was one really huge band playing live. It never felt as if they are doing what they are being told to, and instead it feels like they are living it and you become a part of that life. 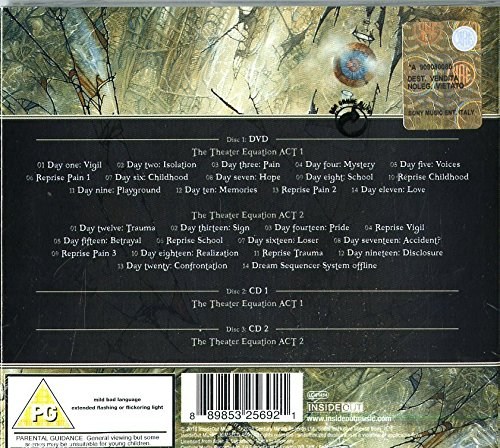 Though “The Theater Equation” is an adaptation of Ayreon’s The Human Equation performed on stage, both of them are unique and have their distinct identities that can be only be felt when you listen to it.
If you liked Ayreon / Lucassen’s The Human Equation and had any inkling of what it might be like if performed live, then this is quite the imaginative and creative production.
“The Theater Equation” is definitely worth your interest. It’s a grandiose piece of work, at places, pompous and splendid.