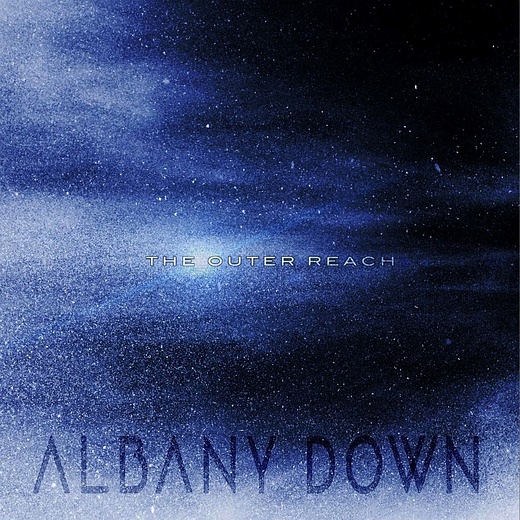 Today June 10th is the release date for “The Outer Reach“, the new record from British rockers ALBANY DOWN. The London based four piece have already had a couple of goes, winning producer Greg Haver twiddling the knobs as he does for acts like Manic Street Preachers or Super Furry Animals. “The Outer Reach” though concerns itself with a much different kind of musical landscape.

The notion of overnight success is an odd one, if indeed it ever existed at all. Stadium botherers now they may be, but even the likes of Bruce Springsteen and Bon Jovi had to pay considerable dues before their breakthrough records. For both of those, it was album number three that did it, which is precisely where Albany Down find themselves right now, “The Outer Reach” is their 3rd effort.
In contrast to the other acts mentioned, it is not a ‘Born To Run’ nor is it a ‘Slippery When Wet’ – although there is definite hint of classic Bon Jovi (New Jersey era, that is to say before they went pretty crappy) about a number of the tracks.

Rather Albany Down have headed down the road of making a very British sounding hard rock record, but there’s more, much more in their musical offering.
Opener “Feeding The Flame” recalls Led Zeppelin in its mighty intro, before settling down for swaggering on the verses, while it’s even more strident follow up “Do You Want Me Now?” isn’t going to win any prizes for originality of lyrics but will strike a chord with anyone who wants to be more than friends with the love of their life.

“Revolution” is one of the winners of the album, with a great groove all over, sharp guitars and intense vocals. There’s as a kind of Thunder thing going on – indeed it’s tempting to suggest that Albany Down are only a support tour with Danny Bowes and the boys away from being massive.
And if that is high praise then it is well deserved for a record that is shot through with a class that comes from mastering their craft. Because what they do better than most is take some deviations from the norm. “Supersonic Girl” is like the Electric Boys at their best as it funks its way around, “Mr Hangman” is southern hard rock done right, while “The Drop” is another infectious rocker. 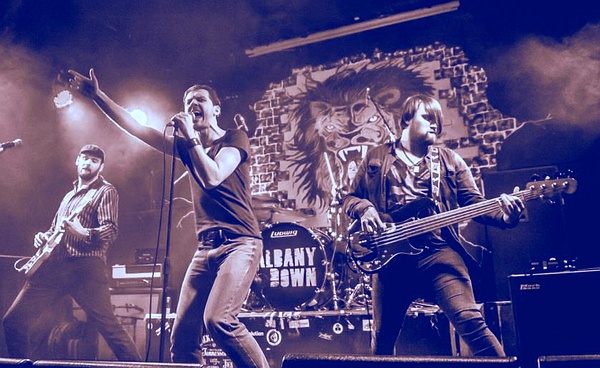 But as said previously, there’s much more in Albany Down’s musical offering.
“Like a Bullet” is a midtempo poppy ballad adorned with subtle orchestrations that sounds more American than many American bands, with some Bon Jovi’s These Days album feel all over.
Then you have “Look What You’ve Done To Me”, ready for the arenas with a classic rock vibe, great guitars and a sing-along chorus.
No record of this type is complete without its share of tear-jerking, big ol ballads and that holds true here too, “Home” seems like its going to break into ‘Wanted (Dead Or Alive)’ at any moment, and the downright gorgeous “Sing Me To Sleep” ends the record with some rare aplomb.
The exclusive digital track “Don’t Come Back” jumps again to a rocking side with a simple yet effective riffage and clean vocals.

That Albany Down might not make the crossover breakthrough they no doubt dream of – and perhaps might have achieved in a different era – with album number three probably says more about the awful state of the music industry right now than anything else. It most certainly is no reflection on them.
With “The Outer Reach” they’ve made their statement, they deserve to be heard and you need to listen to it.
Highly Recommended.