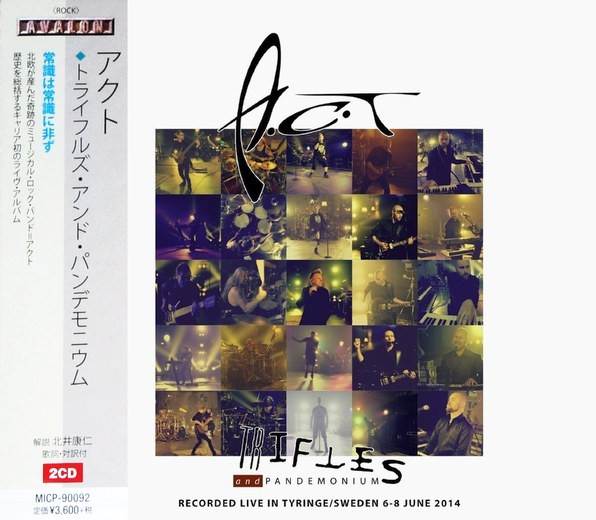 Swedes A.C.T just released by themselves (distributed in Japan by Marquee / Avalon) “Trifles And Pandemonium” a double CD-set new album. This works a ‘best of’, as features 18 songs chosen by the fans and in a democratic way.

“Trifles And Pandemonium” was recorded live, but this is NOT a live album.
A.C.T rented an empty warehouse, rigged a stage and played 18 songs from all their 5 albums, so there’s no audience, noises, etc.

The idea was to release a “best of” album but not just compile the studio tracks… instead record them live playing all together to showcase how the band sounds today.
The results are fantastic: A.C.T feels punchy, energetic and very melodic at the same time.
All songs were chosen by the fans, including 3 songs are taken from each of the band’s first 4 albums plus as much as 5 songs from their latest studio album Circus Pandemonium.

A.C.T is a great band, they’re definitely in the top division of melodic prog bands from Sweden that should be selling more records than they are.
Their performance in “Trifles And Pandemonium” is flawless and the songs are truly awesome, their best without a doubt.
So remember; this is not a live album, it’s recorded with all the band playing together.
And man, they are fantastic.
Highly Recommended