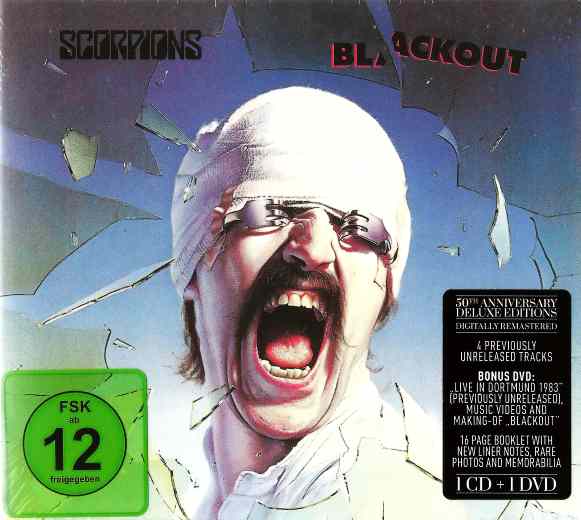 To celebrate their 50th band anniversary, SCORPIONS are releasing today, November 6, the 50th Anniversary Deluxe Editions of all their most famous albums. 1965 marks the starting point of one of the most successful rock bands of our time. Hailing from Hannover, Germany, SCORPIONS embarked on a journey that would lead them around the globe and would establish them as one of the greatest rock bands of all time.
For the occasion Scorpions open their vaults to unleash hitherto unreleased songs, alternative versions of big hits, video clips, unreleased concerts and more.

In addition to dozens of unheard studio tracks and live recordings, all albums are remastered, equipped with extended booklets featuring rare photos and single covers, backstage passes and additional liner notes by Edgar Klüsener, a former editor in chief of Metal Hammer who has followed the band’s career closely over several decades.
Five of the eight albums are accompanied with a DVD that contains live concert footage from the respective period, together with TV performances and in-depth interviews with the band, where they talk about the background history and the creative process of each of these albums.

One of my favorites from Scorpions always will be “Blackout“, featured here in a great sounding remastered sound plus some interesting unreleased tracks as bonus, such as the unreleased version of title track, the heavy funky “Running For The Plane”, the classic “Sugar Man” (out of the album at the eleventh hour), and the raw “Searching For The Rainbow”.
The bonus DVD comprises of the legendary performance of the Scorpions in Dortmund’s Westfalenhalle on 17 December 1983. Back then, German broadcaster ZDF aired the concert live as part of their ‘Rock Pop in Concert’ series. However, the footage that features the band at their very best has never been made available on tape or any other physical medium before.
Highly Recommended.